HOW WOULD THE CUBAN MISSILE CRISIS HAVE TURNED OUT IF KENNEDY HAD LOST TO NIXON IN ’60?
Harvey Simon’s The Madman Theory has the answer in time for the event’s 50th anniversary
WASHINGTON, D.C. – June 2012 – When the Cuban Missile Crisis ended 50 years ago, the world breathed a sigh of relief that the imminent threat of nuclear war had passed. But what if the volatile Richard Nixon had been president during the Missile Crisis–as he very nearly was–instead of the equable John Kennedy?
Written by Harvey Simon, a former Harvard national security analyst, The Madman Theory is an alternate history novel that has the young but highly experienced two-term Republican vice president winning the ’60 election, as most observers expected he would, over the little-known Democratic senator from Massachusetts.
The Madman Theory offers a fresh look at the Missile Crisis for the 50th anniversary commemorations. The novel naturally leads into a discussion of how easily events could have turned out differently with the shift of a few votes and a different finger on the nuclear trigger, bringing to life what was really at stake when the U.S. discovered the Soviets building a secret nuclear missile base in Cuba. It vividly demonstrates just how close we came to nuclear disaster and how we were even luckier than we realized to have had Kennedy see us through.
Nixon faces the same decision Kennedy confronted–whether to bomb the missile sites in Cuba and send troops ashore. Kennedy initially favored military action and his Joint Chiefs of Staff never waivered from unanimously backing this hard line. In The Madman Theory, the same Joint Chiefs provide President Nixon the same advice.
With the confrontation threatening to spiral out of control, the first lady, Pat Nixon, struggles to reconcile her sense of a wife’s proper role with her estrangement from the man who thrust her into a public life she despises.
“The Madman Theory is based in fact, as much as any novel can be. In imagining what would have happened had Kennedy been defeated, I stuck to the historical record,” Simon said. “I tried to imagine this period as it really would have been, had Nixon been elected. The details are accurate right down to the look of Air Force One–a plain silver fuselage–and the color of the presidential limousine–black, not Kennedy’s dark blue.”
The Madman Theory is a great substitute for the spy/terrorism/war novels that make up the bulk of fiction for male readers, while men and women alike will enjoy the inside look at Dick and Pat’s troubled relationship and history buffs will eat up this page turner’s period details.
“A nuanced portrait, with the full range of Nixon, from the bizarre and terrifying to the comic figure he really was,” says Stanley Kutler, leading Nixon historian.
Simon is a freelance writer living in Washington, DC. His articles have appeared in The Los Angeles Times, The Boston Globe Sunday Magazine and elsewhere. Before moving to Washington he was a national security analyst at Harvard University, where he also wrote about other public policy issues. He received his undergraduate degree from Cornell University and an M.A. in philosophy from the University of Massachusetts at Amherst. ##
Posted by Unknown at 12:00 AM 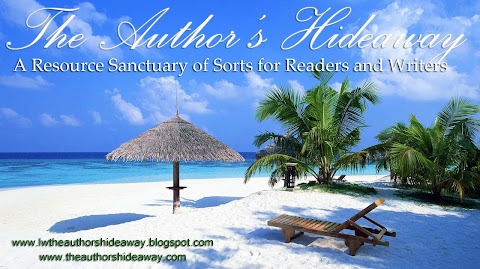 I’ve Been Called the B* Word – Dr. Kay Green

It’s My Company Too – Thompson, Benedetto, Walter and Meyer

The Queen of Katwe – Tim Crothers

A Reason for Hatred – J.E. Thomas

Get You Good – Rhonda Bowen

The Lord is My Shepherd – Robert J. Morgan

Waking up in Heaven – Crystal McVea

To Hell in a Handbasket – Beth Groundwater